WhatsApp voice call feature is alarming for Skype and Viber

Famous Social App WhatsApp have introduced Voice Call for the first time and that also comes at no price. Which means it is absolutely free.

The developers have made changes in the WhatsApp coding and trying it at the moment. But famous site Android world has published some images of how it is going to look like. This has happened prior official launch of the feature.

In the image below it shows that there are different tabs. In one you can see the whats app message icon and beside it is Mute mic and a Bluetooth icon along with Speaker button. In new version You will be able text message your contacts just like before. But now you will be also able to call them. The record of the received and outgoing calls will be available on Whats-app just as you have on your phone as LOGS.

User will also be able to use Headset or Bluetooth device to make the calls. Developers have not decided yet if the cell phones builtin Bluetooth connectivity should be used or a separate one combined with Whatsapp. Experts say that addition of this feature is going to give a hard time to apps like Skype and Viber. 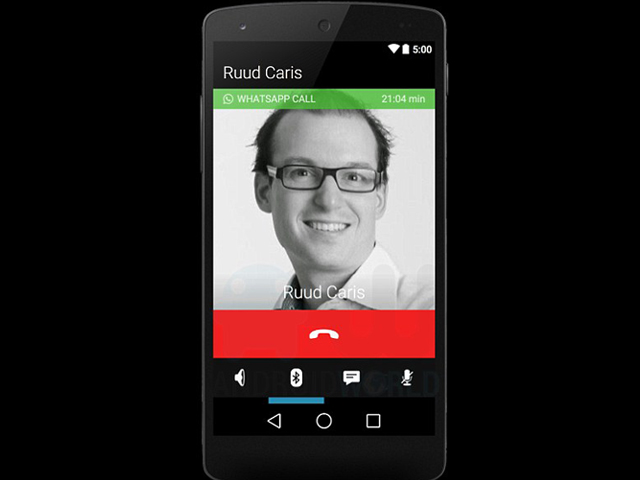